Today we need to make little distinction between day and night, so the ideas carry little freight for us; indeed, true darkness is a scarce commodity that ought to be more precious than it is. In 1800, by contrast, one’s ability to make use of the night hours was a luxury enjoyed only by the well-to-do.

The poorest households in Britain rose with the sun and went to bed shortly after sunset, with the partial exception of clear nights with a full moon. Having a fire on the hearth was a pleasure enjoyed mostly in winter, except for those occasions when a poor cottager was able to enjoy a cooked meal, and it was uncommon to keep a fire going after dark just for warmth. The labouring poor did not earn enough to buy coals; those fortunate enough to live in wooded areas generally were allowed to gather small firewood on the Common lands that had not yet been enclosed as private property by the owners of estates. In areas of open fields a fire was a scarce luxury, the trees in the hedgerows being mostly too young to harvest from. And after the evening meal, the weary, undernourished working folk were just as happy to crawl into bed after an evening meal instead of sitting up by the fire.

The principal exception to this blackout came in the form of homemade rush lights—peeled rushes dipped in mutton fat or bacon fat—which burned for about an hour. Bacon was limited to those who could afford to raise a pig every year and mutton fat was also used for cooking and made into soap, so turning these commodities into lights was not the first priority.

Those who could not keep animals, if they had sufficient income, could buy the grease and the rushes. According to Gilbert White (History of Selborne, letter XXVI, p. 167), ‘A pound of common grease may be procured for four pence; and about six pounds of grease will dip a pound of rushes; and one pound of rushes may be bought for one shilling; so that a pound of rushes, medicated and ready for use, will cost three shillings.’ In other words, a pound of rush lights would cost a labourer more than a week’s pay. I leave you to imagine whether that was a priority.

By the end of the eighteenth century, the dip candle was taking the place of the rush light in many households—yet another erosion of self-sufficiency for working-class households because it was illegal to make ‘dips’ at home (though I imagine many did anyway): they must be purchased and were taxed to support the war effort. Dips are the same as tallow candles, made by repeatedly dunking a thick cloth wick into heated animal fat and repeatedly letting the layers cool. In 1792 they could be purchased for a penny a pound, but the price rose throughout the decade. Tallow candles smelled awful and were very high maintenance: they smoked and the tallow ran down the sides to be wasted if the wick was not frequently snuffed (trimmed with a special scissor-like device called a snuffer, not the snuffers we know today). The light they cast was poor and uneven, so they were popular only in budget-conscious households—it was difficult to sew or read by the light of a tallow dip.

A more desirable type of candle was the wax candle (beeswax or spermaceti). Roy and Lesley Adkins explain in Jane Austen’s England (p. 99) that ‘the best-quality ones were of beeswax—some were made from thin sheets of beeswax wrapped round a flax or cotton wick and others were laboriously manufactured as solid candles.’ (A machine for making candles was not invented until 1834.) These were made and sold by chandlers and there was a chandler’s shop on High Street in Darking, between the Wheatsheaf Inn of giant hog fame and the path that led between the buildings to the church.

Chandlers might also sell candles made from spermaceti oil (a substance taken from the heads of sperm whales). Spermaceti oil could be poured into moulds to make candles. Both beeswax and spermaceti candles were prized because they didn’t have an offensive odour and burned both cleanly and brightly, for which reason they were often known as sewing candles. Lighting a house with wax candles was a very expensive affair, available only to the rich. Added to the already high price was a tax of three and a half pence per pound—extortionate when you consider that a pound of candles provided only about eleven hours of illumination. 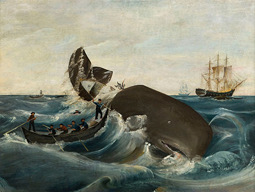 Candles could be lit either by holding a spill (a flammable object such as paper, tree bark, or a scrap of cloth) to the flames of a fire, or by striking a spark. Sue Wilkes explains the process in A Visitor’s Guide to Jane Austen’s England (p. 37): ‘You strike the flint and [fire-]steel together until they make a spark; let it fall onto the tinder [the ashes of some burnt linen or a bit of rag] to ignite it. Blow on the tinder until it smoulders, then push a match (a small piece of wood previously dipped in brimstone [i.e., sulphur]) into the tinder to light it.’ The flint, fire-steel, and tinder were all stored in a tinderbox.

Oil lamps existed by 1800 but were mostly found in houses in the cities or along the coasts, where fish oil to fuel them was cheap. The form of oil lamp we are familiar with today, with a glass chimney, was invented in the early 1780s.  Gas was yet to be put to use, and there were no street-lamps in Darking.